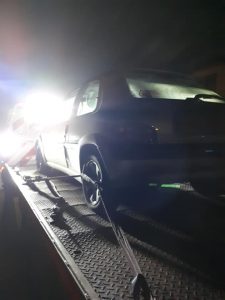 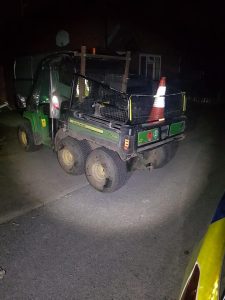 Last night Warwickshire Police officers spotted the pictured John Deere ATV driving through Rugby. It had only just been stolen in a burglary from Coombe Abbey Country Park. When the driver saw us he tried to run off but was caught and arrested for burglary and drink driving. The offenders caused substantial damage to the village centre at Coombe Abbey but we managed to recover the ATV and enquiries continue.

They also seized the Citroen Saxo after the driver tried to get away from us but was caught after he abandoned the car and ran away. Vehicle seized and driver arrested. CB

Posted in All Warwickshire Areas, Rugby Rural Area
← Cannabis Recovered by Police Thanks to PublicCounterfeit Cigarettes Found in Van in Rugby →